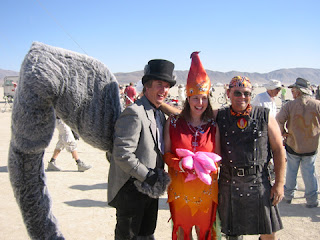 Not THAT squirrel! We LOVE the Splinter squirrel!
It's the one that's been digging up our garden that has us all outraged.

With the passing of Epiphany, it was time to compost our enormous Christmas wreath. Sebastian and I took it outside and methodically unwired and dismantled the thing, making little blankets of greenery for the sad trees that line our street, like they do on the Upper East Side. Those pine needles were the only greenery to be found within about a mile radius of our house. I’m not exaggerating about that.

We saved a bag full of twigs for the flower box in our kitchen window, that planter being the only green anything visible from our apartment window. There used to be a tree back there but our lovely neighbors chopped it down to give the “denunded-tropical-hillside” look that reminds them of home. They, did, surprisingly enough, leave an eight-foot stump, so the grandmas could still hang their laundry lines. The drunken supers and the old ladies are serious threats to the backyard ecosystem, but the greatest menace of all is scruffy, vicious squirrel.

In one of my fondest recollections of the summer, we once spotted him digging the plants out of said flowerbox so I called my cat (Creepers) to deal with him. Creeps is a bad-a$$ kitty: big, burly, aggressive and a very efficient and reliable hunter. Prototypical New York street cat. Anyway, Creepers made good on his name and crept right into the windowsill until only a screen window separated himself from the rodent.

When the squirrel looked up from his depredations and saw that he was face to face with a big cat, he did not run. No sir, he bum-rushed Creepers, leaping spread-eagle onto the window screen and hissing, sending the cat rolling backward head-over-tail in astonishment. It was very cartoon-like.

Creepers was pi$$ed. His expression read “Let me at him, I can take him!” I was quicker though and repelled the varmint with a broom I had ready for the occasion. Our victory was merely tactical (not strategic) and he soon returned while we were away and completely devastated our fine window planting.

So we’ve decidedly lowered our expectations for the flowerbox. I thought about planting my bulbs while I was gardening, but I figured the pest would quickly devour them. So I decided to simply mulch the flowerbox with the pine branches, to keep the soil moist and active. Well, no sooner had I finished and closed the window then the wretched thing arrived and started rooting around. Finding nothing buried under the needles, he proceeded to eat the pine needles themselves. Ouch! Yucky!

That’s one hungry squirrel, with a belly full of turpentine. I’m sure his nastiness results from starvation and he’s undoubtedly driven to desperation by the total lack of vegetation. But he’s also to blame for it. I once saw him systematically going from branch to branch of the now-deceased tree and stripping off every leaf one by one and letting it fall. That squirrel is sort of typical in my neighborhood. It’s a vicious cycle where people live in squalor and don’t see any reason to not trash the place.

After chasing the squirrel off again, Sebastian and I decided to go to the playground (which obviously has no grass, but at least affords a decent view of the sky). As we left the building, we noticed that the super had meticulously removed the garlands we had laid and dumped them into the trash.
Posted by countrymouse at 12:59 PM