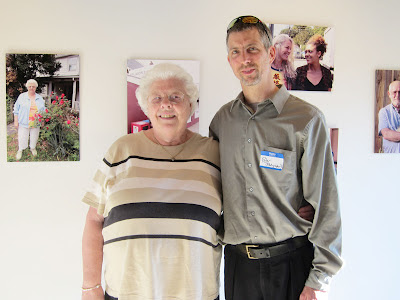 Asking my neighbors for help was the best thing I did. The opportunity to help one another turns out to be a gift in itself.

I set out to find an integrated role for an artist in a healthy community and I did so with very modest expectations that were simply blown away. I am amazed at what we have done as a community and what the project became. It succeeded far beyond my expectations.

Here are some of the things we accomplished together:
Just reading this list is exhausting but as the exhibition draws to a close I feel exhilarated—the opposite of the usual let-down feeling. As I look toward the next project (still secret!), I know that this one is not over and never will be.

Specifically:
In the meantime, I say a big, hearty thank you to the many who have supported Monticello Road in so many ways. I could not be happier to share a community with you and to be your neighbor.
Posted by Peter at 9:47 PM