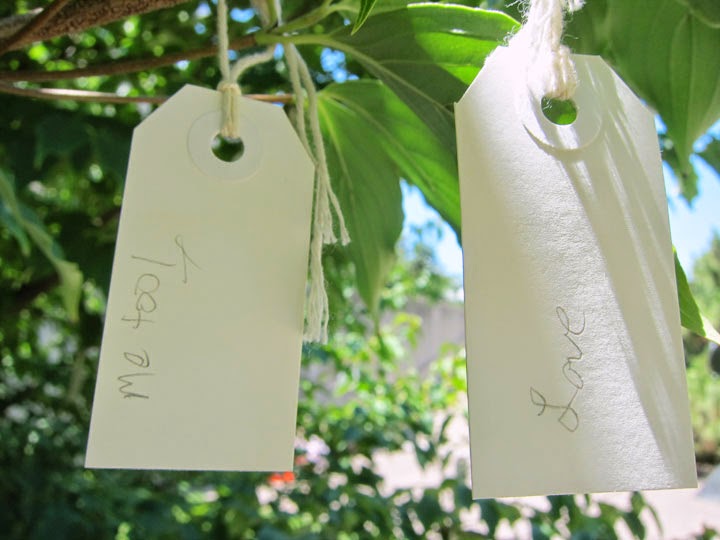 Detail, Yoko Ono's "Wish Tree for Washington DC" at the Hirshorm Museum and Sculpture Garden. Definitely feeling some love on this trip....

I just got back from a Fourth-of-July getaway weekend to Washington, DC—the place where I grew up and came of age. Meredith and I lived there during an unforgettable period—Marion Barry’s bitch-set-me-up heyday—and a pivotal time in our own small lives. Our first independent households, careers born, graduate school, married and identity frameworks forged. It will always be a special place and I love going back there but I was especially jazzed to notice something profound on this past trip: a new maturity, though I cannot say whose.

The DMV has arrived as a major metropolis, in ways that go beyond its enormous size. The Metro is still pretty clean but now it has buskers, rats, people selling crap—and a feeling of shared endeavor. There’s a lot going on around town, quite different from the easily exhausted scene in the eighties and nineties. It’s grown nicely and added many cool things—like the terrific Capital Bike Share, on which New York’s CitiBike is modeled. The infrastructure has improved and it’s even more pleasant to walk, run and ride about then it was before.

Even though much has been added through in-fill (enterprises ranging from garden shops to a baseball team), many of the institutions from back in the day are still there as well: stores, restaurants, bars, secret gardens, shortcuts through the woods, places to hear a guy play sax by the river.

By contrast, nearly all of my friends have moved on, which surprisingly does not bother me—it’s just the flow of life. It’s almost the opposite of New York where most people are still there, clinging to whatever branch or root they can find, while the landscape around them is blasted away by a flood of real estate money.

Meantime, DC has continued to grow and flourish, playing with new ideas and points of view. Being back this time felt like visiting a friend that has retained its main personality traits and is still very familiar and welcoming but has developed in the meantime, with new thoughts to share. The city had acquired personhood—or maybe I just noticed it.

I grew up a huge devotee of Italo Calvino, Armistead Maupin, Lawrence Durrell and writers who talk about cities as living, organic entities. But that didn’t really feel the case for my hometown. It was as if the abundant green space dispersed the energy too much for it to coalesce and ignite fusion, making it a pleasant place but not a real city.

The spark is definitely there now, but if Calvino taught me anything it’s the impossibility of knowing whether it’s the place that has changed or if the maturation I’ve noticed is my own.

I ran the concept by my friend long-time James, traveler, poet/philosopher Lawrence Durrell character. He just recently gave up his DC address but was back in town to work the Folklife Festival and couch surfing--much as I do for the Marathon. We watched the fireworks together on a rooftop with a partially obscured view, then went back to his friend's apartment and drank Virginia viognie and talked about the world. A typical evening. Anyway, when I texted my thesis to him, he responded:


I think DC is stuck in an adolescent purgatory and will never attain personhood. This is because it is a 4-year town. If we move the capital to St Louis,  DC will become Fred Sanford.