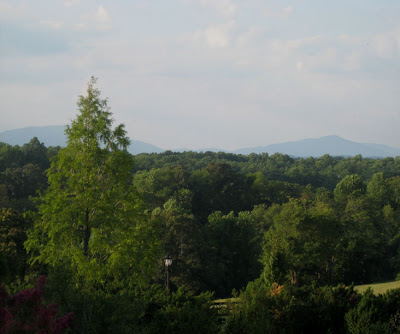 I’ve logged a gazillion running miles on country roads, so I’m well acquainted with the dogs and other forms of aggressive wildlife one encounters there. This morning, I had one such run-in of the most dangerous kind: with a human being and his truck.

Though I stick to low-traffic or nearly-deserted routes, I’m always super careful to stay safe. When I’m alone, I’ll run in the middle of the road (because it’s level there) but as soon as I see or hear an auto (which is generally about half a mile in advance), I move off the road completely and run on the shoulder or even in the adjoining fields. This morning I saw a pickup truck zooming toward me so I eased over to the left-hand shoulder—standard procedure—and gave my usual finger-wave to the driver—also standard procedure in Virginia.

Instead of waving back (as usually happens) and instead of giving me a little extra room (as almost always happens) he swerved toward me (which happens about twice a year). I was never in real danger as I zipped across the ditch to safety faster than a deer but the aggression and the speed and force at play was utterly terrifying.

I shouted some expletives after him as he zoomed away, which startled a nearby cattle herd and sent them stampeding away from the road faster than I could have imagined possible. That amusing sight helped me get past my anger and I continue on my way.

A little while later, I heard another sound behind me that sounded like the same truck. Not wanting to show fear, I did not look back, but being smart, I hopped the ditch again completely off of the road. As the vehicle approached, it slowed. Just as I looked back, he pulled alongside and it was the same guy.

He rolled his window down and instead of yelling at me he apologized in a very contrite and humble manner. Apparently he came around a curve and was blinded by the rising sun. His perfectly plausible explanation diffused my simmering anger and I instinctively assured him that it was ok, no harm done.

Although that sort of situation is rather frightening, I should be careful about attributing motives. What I had seen as aggression was actually terror in his eyes. He might have been more shaken by the experience than I was. Living is a dangerous business but it only gets harder if we see boogie-men in one another. Life is too short to live without that faith.
Posted by countrymouse at 2:41 PM