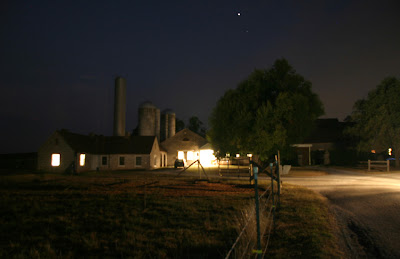 This time in Virginia has been a great source of inspiration--both visual an conversational.

After taking a day off to attend Margery’s memorial service at Springtree, I troopered over the mountains to Blacksburg to attend Suzi Gablik’s monthly salon.

Last summer I spent a week in a little cabin literally perched on the edge of the Catskills under the auspices of the Catskills Center for Conservation and Development. In that program, artists each get the cabin (with no running water but a huge waterfall) to themselves for a week to work, read, hike, or do whatever they want to do in total seclusion. One of the previous fellows had left Suzi’s Conversations Before the End of Time, which is a series of dialogs with artists, thinkers, and other visionaries. Although it was written two decades ago, the themes addressed (such as environmental degradation, civilization clash, and the war on dissent) therein are absolutely crucial today.

The artist who had left the book at the cabin suggested that those who follow read and discuss the book via the cabin’s log and a lively dialog ensued via notebook, with one artist leaving their impressions after the next. Conversations made quite an impression on me as it hit me at the right moment, as had some of her other books such as Has Modernism Failed? and Re-enchantment of Art so I wrote to the author to tell her so.

I was surprised to hear back right away in the form of a detailed and very expressive letter, in which she mentioned that she hosts an informal discussion/salon every month that I should visit some time. A year went by before I could link create a little free time while in Virginia and when her salon was taking place. My residency at VCCA was the perfect opportunity and allowed me to take a much-needed day off from the studio. It was a big day with Margery’s service, the salon, and about 5 hours of driving in between but it was well worth the trip.

It turns out that although she had hosted many salon’s before, it was another writer—Mary Campagna—who convinced Suzi to host this monthly gathering. She (Mary) was moved in a very similar way by both the content of Conversations and it’s unstructured dialectical form.

The attendees were varied, including writers, artists, thinkers, pilgrims, and a sociologist. Many points of view and a wide range of topics awakened me to many ideas and connections I had never imagined before. Topics like distance learning, cultural extinction, moral courage, and the essential energy of Life were tied together though by the conversational form itself.

Humans have the capacity to be shockingly destructive, but we also possess the ability to enlarge ourselves through conversation and collaboration and there was some high-level thinking going on in that circle of chairs. I feel very invigorated and galvanized. It reminded me how discussion can be fuel and how available it is—all it takes is a group of interesting people and perhaps a bottle of wine. I hope to take full advantage of the amazing minds around me here at VCCA and perhaps Cole and I will revive our old salons when we get back to New York. And I hope to revisit Suzi’s group sometime—maybe if/when we relocate to Virginia.

I plan to blog more about some of the topics we discussed, but in the meantime, you can get a sense of what Suzi’s about by reading her blog or by picking up some of her books, which are extremely influential, well-written and on-point.
Posted by countrymouse at 3:56 PM