The Power of Weak Ties 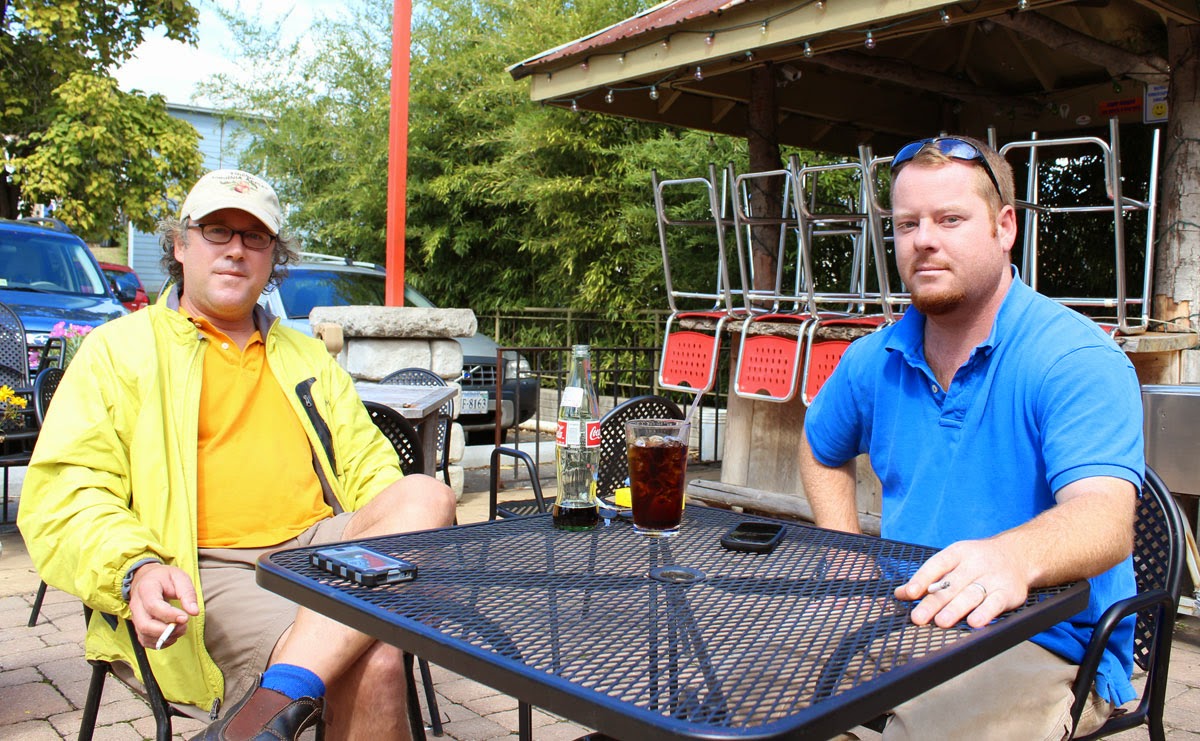 There are many spaces along Monticello Road that are suitable for casual interactions.

I’ve just finished Richard Florida’s The Rise of the Creative Class and while I don't agree with everything he said one thing jumped out. About halfway through he offers a counterargument to Robert Putnam’s best-seller Bowling Alone. Putnam laments a loss of social capital in America as a result of less participation in civic and social groups like clubs and bowling leagues.

After arguing that it’s not even really happening—today’s kids are more likely, for example, to be in a soccer league than I was—Florida explores the possible benefits that come with shallow ties. That really got me thinking about my own project because I think it says a lot about why Monticello Road is such a great place.

Communities built primarily on deep ties—those deriving from family, a single ethnicity or clan—provide comfort and stability, but they have limitations:
By contrast, weak connections have the following advantages:
One bad thing that he points out is that sociability could be yet another sorting mechanism in an America that is dividing itself. If one grows up in a strong-tie community, one must learn social skills and learn not to fear the Other. I’ll let Morrissy tackle shyness’s limitations and leave it to the side now. The key is for a place to make interaction very easy for those who are ready for it.

No one would want a world without deep connections—the trick is to have space for both and I think that is one thing that makes Monticello Road so attractive to both residents and visitors. The physical layout, with its odd oblique angles and varied modes of locomotion, almost forces people into spontaneous encounters. It contains spaces where people interact, including cafes, businesses and a school, with interactions of varied depth.

But it’s not a town square or mall either; it’s a neighborhood with people who have lived there for a long time and are very invested, mixed with newcomers. One interacts with both strangers and those one has known for a long time.

It is a place where one can simultaneously feel both comfort and new possibilities.
Posted by Peter at 5:31 PM

I thought the previous post was standard bot-spam so I almost deleted it. It might be, I'm not sure because it doesn't have any intro or context

But I followed the link carefully and it turns out to be a critique of Florida's work, which raises so valid points.

My post was not a fan-post endorsement of Florida or his work, but he has a very powerful argument that the more we interact with people outside of our own clan, the more opportunities we will have.

Monticello Road is good because it offers that opportunity in a totally non-threatening way.

I choose to leave the link because the story behind it is interesting, but from now on, let's help each other by posting only useful comments and be brave enough to use your name.