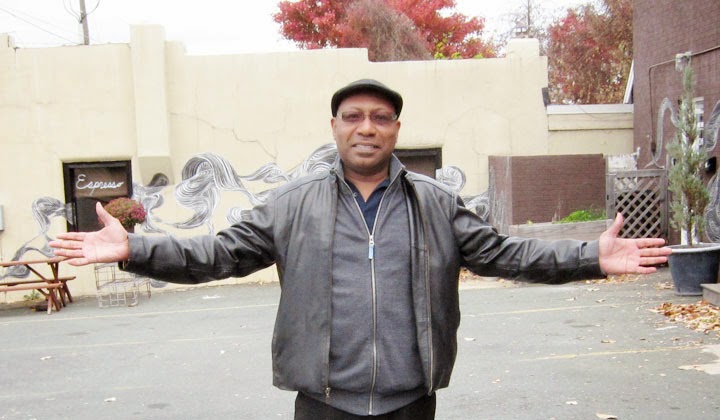 Alex was one of the most supportive people I've ever met.

News of Alex Caines’ passing flowed quickly through social media and when a remembrance page popped up on Facebook, one of his friends pointed to the irony that arguably the most social guy in town did not play in that sphere.

“Alex was a live, face-to-face interacting person. I think it's great that Alex never had a need for Facebook or other social media. Belmont and Downtown were his social media.”

Running into Alex on the street or at an event, as happened on a more-than-weekly basis, was the capital form of interaction with Alex. It always led to a conversation and often an invitation to the table for an extended visit.

In an earlier post, I pointed out the well-accepted fact that he was the Mayor of Belmont, with a specialty in nightlife. There was an admiration for his ability to know everyone and to seemingly be everywhere at the same time. He always knew where the action was but now that he’s gone, I can see that there was more to the designation. In a very real way, he was our leader.


Although he surely had opinions about issues, he never (to my knowledge) explored political office yet he exercised tremendous power by setting an incredible example of how to treat one another.

He valued each person he met and let them know it. I always walked away from him with a subtle but noticeable confidence boost. He supported the legitimacy of whatever I was up to and always introduced the small circle of people gathered so each interaction built both breadth and depth in the community.

I would love to be more like him in that way and the great thing is that he was always so low-key and his dignity so plain that it is clearly available to each of us. By embodying the values to which we aspire and boosting us up, he left the place better than it was. He’ll be deeply missed.

I’m sad that he’s gone, but he left us something good: a simple path to success. Be yourself, be generous and enjoy those around you. That is how to live.