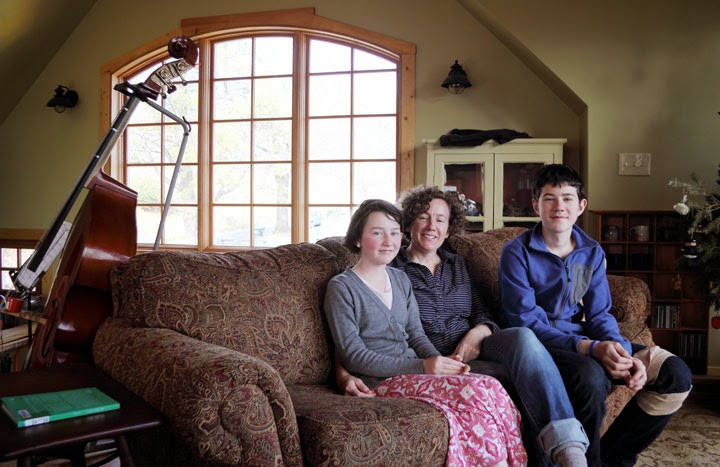 Aimee Hunt has lived on Monticello Road since 2007. An artist and educator, she works at the Fralin Museum of Art at the University of Virginia while also studying art education at Virginia Commonwealth. She enjoys, and is part of, the neighborhood’s creative community.

Aimee has made an intriguing contribution to the physical environment through an unconventional home renovation with results that somehow manage to be both subtle and audacious. I spoke with her about it over tea as her two children assembled her daughter’s 12th birthday cake.

I first learned about Aimee’s project when I was visiting her then-neighbors Dan and Serena a few years ago and noticed that her small cinder block home had a tarp where the roof should be. Because of the lot’s wedge shape, it did not make sense for Aimee to build back into it, so she built upward. That decision was in some ways made for her when she discovered structural issues that would have doomed the existing hat.


The result more than doubled the available interior space.

That section of Monticello Road feels like a country lane and is lined with very modest houses like her own and it must have been a real challenge to effect such an increase, in a vertical manner, without sticking out like a sore thumb particularly since the site is steeply sloped in two directions, which can really emphasize verticality. 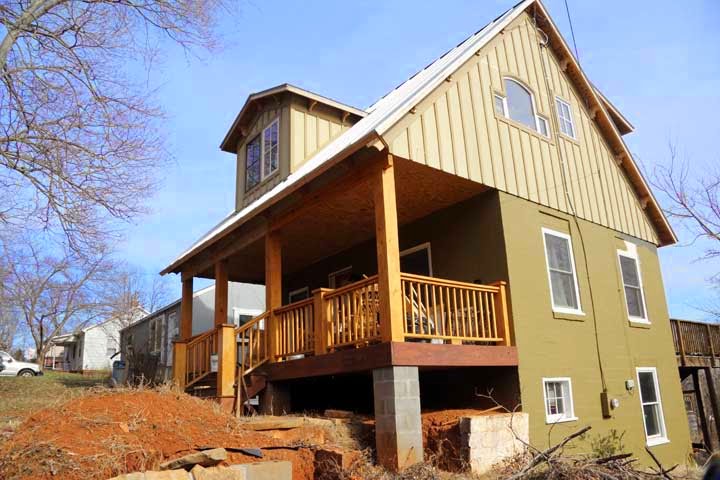 Aimee was sensitive to this pitfall from the start and has only received positive feedback, which initially surprised me, given the neighborhood's high per-capita number of amateur critics.

The project’s harmonious result can be attributed to many factors, including modesty of exterior form and material. The constituent parts—the craftsman style, the siding, the finishes, roofing—all reflect nearby, if not adjacent, buildings and never in the same combination. So although it is a story taller, the house does not feel apart from the others and even that extra floor is cleverly hidden under the gables.

Although she nods frequently to context, Aimee is not trapped by it. For example, the typical front porch on this street is six feet deep, enough for outward-facing rocking chairs and a nice transition between the street and the home. But because the space above the porch represented valuable new square footage and because she wanted the porch to be a space to linger and converse face-to-face, the standard approach was not sufficient and she went eight feet deep. Once you hear that, the porch does feel large (although its currently packed with building materials.) Small variations like that can enrich a common theme and anyway it will be a welcoming space: no harm in that.

The home’s boldest departure is completely invisible from the outside: its inverted orientation with sleeping in the original cozy ground floor rooms and the upstairs a light-filled vaulted open-plan living/working/eating space. Well situated for capturing extraordinary views to the east and fresh breezes during waking hours, the interior reminds me more of a beach house than anything I see locally. (Obviously there are no lighthouses made of seashells; the décor is original and more than tasteful). 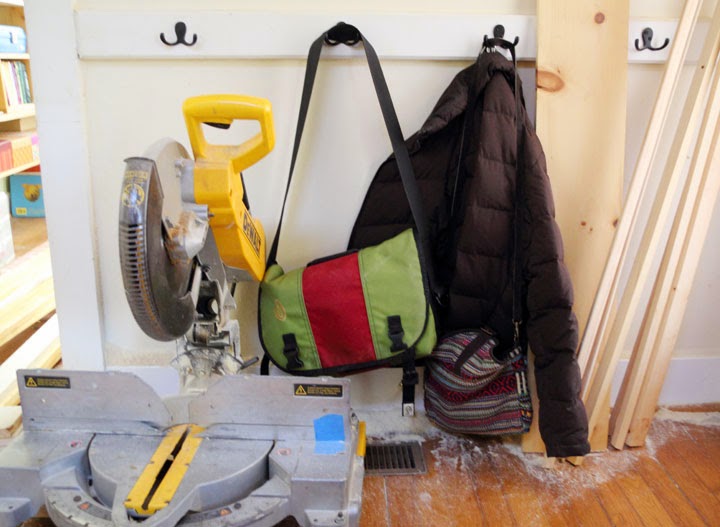 This has been a long-term project and Aimee has done much/most of the work herself, while living among the chaos for quite a bit of that time. She is a maker in the truest sense so it’s reasonable that she would live in a great creation and we all know that it is a process more than an outcome.

“It helps to be delusional,” she says of overcoming the fear of turning one’s life upside down in order to achieve something better.

Aimee is understandably glad to be approaching the finish line however. She likes to entertain but has not been able to do so for quite a while and I'm sure she'll be glad to have more time for her several other pursuits. There’s obviously much more to her than the house, but it says a lot about her: high aspirations but sensitive to those around her and willing to compromise, reverent but with many new ideas and a practical problem solver.

If the amateur critics are pleased I'm IN!

Ohh.. i really want to visit Virginia someday...
i watch it in youtube and televions..
virginia is so wonderful..
:(
why i born here.