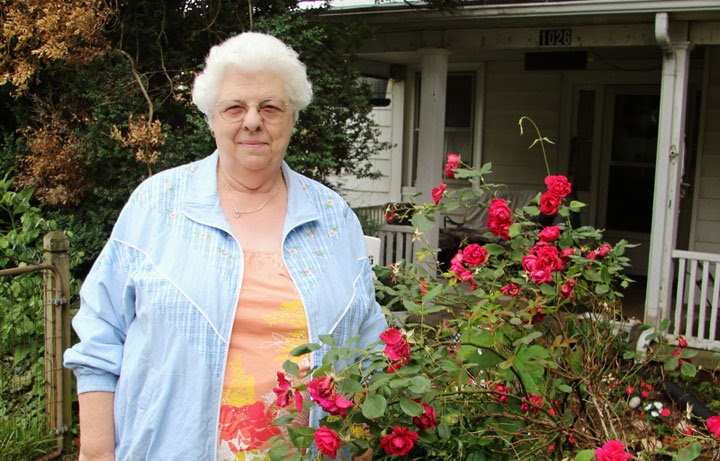 I often have front-porch chats with my neighbor Rosie. She's an absolute master of this important and neglected form of social interaction. She agreed to go on-the-record this time around.

Peter: Did I hear your birthday’s coming up?

Rosie: This September. The 25th.

[I didn’t ask her age because that would be rude.]

Peter: How long have you lived here?

Where did you come from before?

The University area—right where the hospital is now. We lived in a house in that area.

Why did you choose this house?

This was the one we could afford! It wasn’t very expensive then.


Did you have to move out of that area because of the hospital?

They had bought the house that we were living in and getting ready to build the hospital that’s there now.

Were you working for the University then?

But later you did, right?

I went there about ’78 and worked there 25 years. I worked in Newcomb Hall.

You didn’t grow up in Charlottesville.

I was born and raised in Carroll County, in the hills of Virginia.

What brought you here?

A job—that’s the interesting part. I had some friends that had come here to work for Mr Cooley. He was from down in that area and he’d come back and get people to work for him in the University cafeteria. I asked if I could get a job and they said I was welcome to try. So I wrote him a letter and they hired me sight-unseen. I caught a bus and came here.

A country girl come to the city! Was Charlottesville a small town then?

Smaller, quieter. Even though it seemed big to me because I wasn’t coming from anything nearly like this. It was quite small—not a lot of buildings, not a lot of activity going on. The University was the biggest thing around.

How did you meet your husband?

That was located in a different spot then too, right?

It doesn’t exist now. It was located where the 14th Street railroad bridge is now.

Is there any connection between that place and the Corner Diner?

It moved to the new location and it’s been bought and sold a few times.

How has this part of the neighborhood changed?

That place across the street, where the body shop is now was a garden. Change has been kind of slow, most of it has been in the last ten years. More people: migrating, coming from other places. The University has something to do with that too…larger employers too.

Where I grew up there was a small little neighborhood, all surrounded by woods and farms. We moved there when I was five and it was a great place to grow up. By the time I went to college, there was a Metro Station. It was incredible. But not so many kids now, no porches and people don’t really talk to each other all that much... 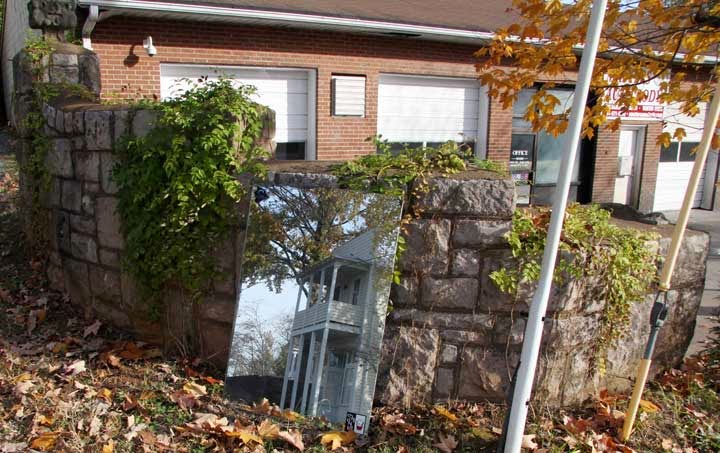 Nobody visits, you don’t know who lives down the street…

Well, we’re working on it! How was it raising children here?

Charlene was in Kindergarten and Wesley and Faye were in third grade. Most all of these houses had children in them so they played with the neighbors’ children, went to school with them. There weren’t a lot of things…they made their own. They went to parks, did their own thing.

Did they freely roam, as long as they’re home by dinner or did they have to stay in their own yard?

They played in the yard or in each others’ yards. There were older kids down the street and they didn’t associate with them much. Most of the children they played with went to their school [Clark]. They played inside with toys or in the yard or with the hose in the summertime—you know how that sprinkler system goes. They made their own with what they had.

Tell me about that plot of land that we call the Park where now they’re building those houses.

That was empty forever since I’ve been here until maybe four months ago. People talked about how they were going to build this or that but nothing ever happened. I didn’t think I would see anything happen there. Now—seven?—houses?

What about the old shirt shop across the street from there…the now low-income housing?

That was a shirt factory. They made shirts there one time, when I moved here. They were making something else before that. Then they built the back area. The original building is still in front. Still looks pretty much the same.

What about the Blind Shop?

Completely changed. I don’t see anything that looks like the old. [e.n. the old brick building is still there, coated in concrete.] Where the parking lot is now was two houses with their yards—they were wood. On the other side of the blind shop [where the current admin wing now sits] there was another house, made of brick and rocks. They rented that out; we saw different families come and go.

What about Jim’s other building [inset in second photograph]: was it ever a shop when you were here?

When I came here, there were people living in the back and upstairs. The front portion was used for storage. Now people tell me a long time ago it was a store, but in ‘69, this is what it was. Nobody lived there, then it was bought and renovated inside so it should be really nice.

What’s the strangest thing you’ve ever seen on this corner?

Not sure what that would be…runners going down the street! That was from Clark School.

What about people racing their cars through here? Was the hot-rodding all done when you came?

Beside Alma’s pole cat, ever see any wild animals come through here?

Pole cats. Raccoons, possums. Groundhogs, rabbits. Not anything big. They say bears come into town but I have not seen any.
Posted by Peter at 11:12 AM