The People of Monticello Road: Virginia Industries for the Blind 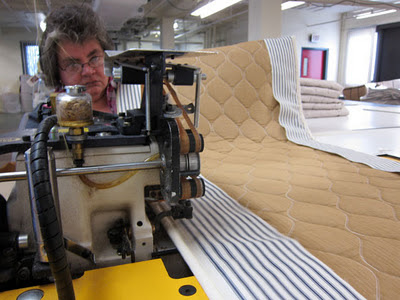 Kitten at Virginia Industries for the Blind.

Monticello Road is a quiet place, mostly residential with a few neighborhood businesses mixed in. It might come as a surprise that one enterprise is shipping beds, safety vests and more around the world. Virginia Industries for the Blind’s Charlottesville facility, known to old-timers as “the blind shops,” is a neighborhood fixture. That’s where my neighbor Alma got her mop and yours might have been assembled there too.

It would be impossible to guess the scale of their operation from the building’s quiet exterior and very occasional truck traffic. Although the facade is just three stories tall, the site's strong front-to-rear slope nearly doubles the building's height to the rear. It’s also one of the oldest buildings on the street, a fact that is hidden under the whitewash that accompanied its turn-of-the-millennium renovation. It’s of an age with the obviously historic Clark School across the street, but its look is somehow contemporary. 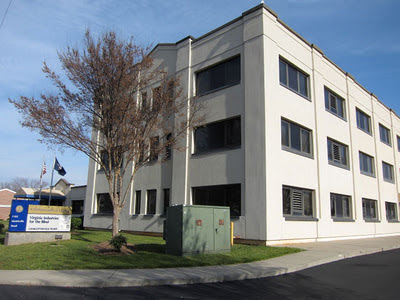 The interior is a spotless (after all, mops are made there!) and highly-efficient workspace. Areas are divided by function: sewing, packing, etc, all operated by a rotating staff that is extremely convivial. One might expect so many moving parts—bailers, presses, sewing machines—to present considerable dangers to the visually impaired. While some of the machines are retrofitted with additional safety measures, my perception is that the workers’ greatest protection is their training and familiarity. 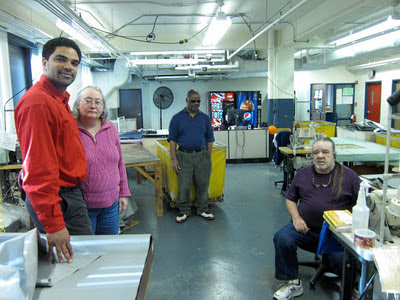 William, Robin, Ronnie and Raymond in one of the sewing rooms.

In fact, as I walked around, I kept forgetting that the people around me were blind and I had a hilarious reminder when I was asking William (their marketing chief and my guide) about the exquisite views from the building’s high windows, and whether Monticello could be discerned in the distance.

“You’re asking the wrong person,” was his deadpan response.

It was pretty much the only question he couldn’t answer and it wasn’t only William who was friendly. Almost everyone there was enthusiastic and wanted to learn more about—and take part in—the project. It will be interesting to hear their stories, as some of them have been there a very long time.

That will be the purpose of a return visit, hopefully soon.
Posted by Peter at 2:43 PM