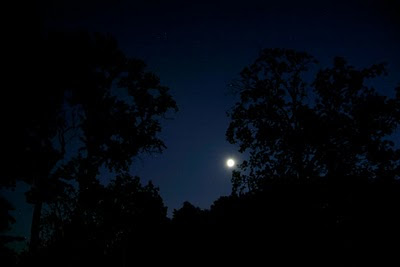 A few years back, I went to the show of one of my art heroes Glen Rubsamen. He paints silhouettes of trees (black) on either a white or vividly-colored background. I love his work for many reasons and the exhibition was amazing. Of course I couldn’t afford any of the big oil paintings but I had to have something so I bought the catalog. It was entitled Those Useless Trees” and it featured a strong black and white painting on its cover. It was shrink-wrapped and I didn’t open it until I got to the subway.

I was in for quite a surprise. There was not a single image of a painting inside. Instead, the book was full of his source photos: unusual-looking trees, mostly—though not exclusively—in his native Los Angeles. I had never seen anything like that before and it was very interesting not only to see his working process, but a bit more objective view of the origins of his inspirations. In that spirit, my upcoming exhibition Scratch will include a section dedicated to the source photos from which the scratch boards and prints derive.

As I edited the images on my computer then arranged them on my work table, I was impressed at how strong they are as works of art. I probably shouldn’t be surprised: I have been playing with a camera since I was a child, and photography represents at least as much time and effort as the entire rest of my oeuvre. Not only do the pictures hold their own in the exhibition, they might well be its strongest leg. In the exhibition, they will be presented mostly as small, poloroid-sized, prints with a few enlargements to show detail.

There will be a companion to the exhibition catalog dedicated to these sources and inspirations. Perhaps I should call it “Those Wonderful Trees!”
Posted by Peter at 6:46 AM