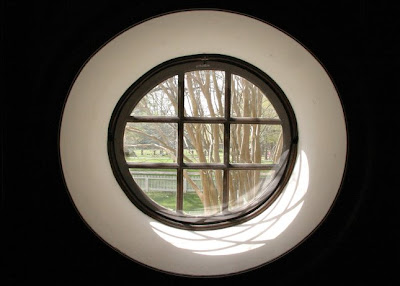 William and Mary's campus is just ridiculously beautiful. I felt sorry for the prospective students. It should be illegal to be so captivating. There's something to be said, though, for living in a beautiful place. That Williamsburg be more different from Williamsburgh BK.

It took me almost two hours to get from my apartment to the Holland Tunnel. Somehow, I managed to stay really calm and relaxed and did not join the futile klaxon chorus. I was officially on vacation. Finally, within feet of the tunnel’s waiting mouth I got pulled over and issued a $110 ticket for blocking the box (which of course I wasn’t).

Since the City Fathers cannot seem to win the toll-bridge tug-of-war with its residents, they seem to have reassigned the traffic cops from their former duty of moving traffic to the more feudal job of collecting tribute money for overland passage. The squeegee guy I had met half a block earlier was a lot friendlier. My primal yell: “I [no not love] New York!”

By comparison, I-95 was just gorgeous and a pleasure to spend time with, especially as I moved through Virginia. Everywhere flowers: in the trees, in the woods, and on the median strip. It was like driving through a tunnel of pink and white and the pale green of early foliage. Forsythia and tulip magnolia, followed by redbud, dogwood, crab apple, cherry, and a thousand others I could not identify. All the way from Wiliamsburg (BK) to Williamsburg (VA) I breathed easy and clean. Happy.

I unloaded my drawings at the Mascarelle and took a walk around my old stomping grounds at William and Mary for the first time in about ten years. Again, I was pretty surprised. Not by the beautiful co-eds (I had remembered them) but by how studious everyone is there: quite different than from what one encounters around NYU or Columbia. Definitely not fashion victims, I could see how I had fit in and why a parent would want their kids there. The $10,000 tuition+room+board part does not hurt either. The students don’t seem too distracted by the redcoats mustering across the street with their fifes and drums and occasional musket shots. It really is a little bit surreal but so calm it’s almost sedative (which, to my recollection, was the chief complaint.)

I felt a little sorry for the many groups of prospective students touring campus on such a perfect day. The combination of rigor, charm, and value is difficult to resist, especially with Spring in full explosion and Primavera definitely rules that place.

Even the police are friendly down there. I literally would not have made it to Charlottesville had it not been for a friendly Fluvanna County sheriff who told me how to fool my car into thinking its alternator was not shot long enough to limp to my destination.

Now that I’m here, it’s all about renewal: rest for the body and fresh air for the spirit. It’s Springtime in full force, with birds and bees and flowers and April showers.
Posted by countrymouse at 6:30 PM