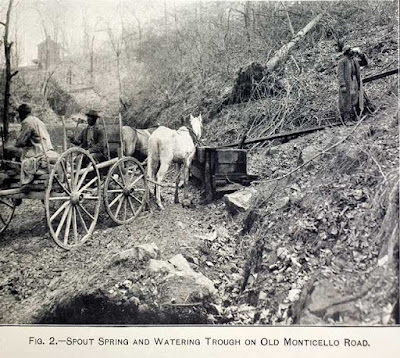 This project is about much more than transportation infrastructure.
Image courtesy Thomas Jefferson Foundation.

I can finally announce officially that I’m doing an independent study and thesis for my Masters program at UVa about restoring pedestrian and bicycle connectivity from Charlottesville to Monticello (and potentially beyond). Andrew Mondschein will be my advisor. Our goal is to produce a master plan that provides background, lays out the issues and suggests ways forward.

The first phase/ semester will identify issues and stakeholders, map the various spatialities (such as current conditions, land tenure, proposed routes and jurisdictions) and begin to locate resources and funding. I hope to recruit some help during the second semester as we look deeper at the challenges and suggest possible solutions.

I’ve already started the first part. I’ve had some great conversations with a variety of stakeholders and I’ve learned a great deal. For example, it’s now clear to me that this is a regional endeavor and interjurisdictional cooperation will be essential. There are many ideas on the table and various priorities that, while not mutually exclusive, need to be considered in concert so their goals can merge harmoniously. That is why I’m looking deeply at the spatial issues early in the process.

There will be some challenges with respect to infrastructure (i.e. an interstate is blocking the way) but a successful project will bring diverse parties to the table for a coherent, inclusive vision before it puts pen to paper. Only after exploring needs around heritage, connectivity, development, health and wellness can we start crafting solutions.

I find Chris Gensic’s plan to extend Monticello Road compelling, but it’s not the only solution. In fact, it could be argued that it might be better to follow Route 20 (connecting with Piedmont Community College along the way) or the Rivanna River. Maybe Monticello’s not even the final destination—wouldn’t it be cool to extend through Highland, Morven and deep into Albemarle County? Smart people are already working on these and its time to do so in concert. 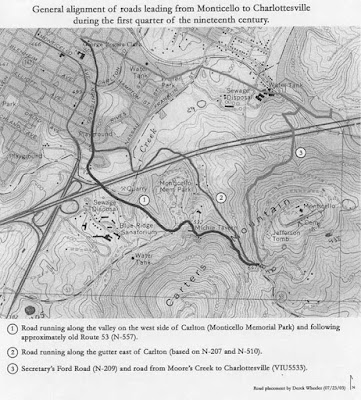 Similarly, this is an exciting time in which many are reexamining Thomas Jefferson’s legacy both locally and nationally. This project is about much more than a physical trail, but what do we mean when we talk about “reconnecting heritage?” What possibilities exist and what might that discovery process look like?

Not only will this project be profoundly beneficial to the community, it will be a powerful economic driver. That’s exciting but it’s reason for caution as well. This project is about equitable access to a World Heritage Site, but could it have the unintended result of eliminating nearby affordable housing? We’re not sure but we need to pay attention.

Those are just some of the issues and there’s clearly a lot to consider. I will not solve all of it (or maybe any of it) but I hope to create a conversation that coalesces a motivated a coalition to bring a compelling vision to reality.

I’ll keep you updated as the project moves forward.